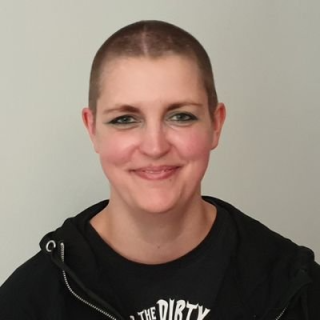 I'm a writer and former video game producer. My novel Beyond Kidding was optioned by Film4 recently and my short stories have been shortlisted for various awards. I mostly work full time now, but if you'd like me to write something for or with you, drop me a line - you never know. Especially if you're offering shit tons of cash.

Obviously, I’d argue strongly for the importance of the relationship between books and games – this argument is central to my entire thesis. However, it was gratifying (and comforting) to see the British Library bring together a host of speakers who see some of the same connections and creative inspirations that drive my work. As part of the London Games Festival 2017, the British Library made use of their beautiful theatre to welcome developers, writers, academics and librarians (and many speakers fell into multiple categories, of course) to discuss interactive works inspired by books and vice versa.

Stella Wisdom is a long-time champion of videogames as cultural (and often literary) artefacts. She was co-founder of the Off the Map competition in 2013, organised in partnership with the NVA (then GameCity). Stella took us on a tour of some of the previous fantastic games made by university students inspired by the British Library’s collections. A personal favourite was The Wondering Lands of Alice, 2015’s winner (below).

Being an Off the Map alumni, Battey’s game was based on A Midsummer Night’s Dream. I first became aware of Battey’s work at last year’s WordPlay festival (also at the British Library). I played his game, Midsummer, and enjoyed the cardboard and paper aesthetic and the chunks of Shakespearean dialogue. However, what I failed to realise until seeing this talk was the incredible complexity of Battey’s work and how reactive the characters actually were to the player’s input. This is a problem I wrestle with a lot in my own work – how do you get reader-players to appreciate just how clever you’re being?! (The answer comes later, in Meg Jayanth and Jon Ingold’s talk…) It was encouraging to see a narrative designer talk about the pragmatic nature of certain creative decisions – the scenes Battey selected to ‘gameify’ were chosen because they included a dialogue rather than a multi-way conversation. The latter would have been too complex to deliver. Again, this is a problem I’ve faced myself. My supervisors are often (understandably) edgy about my explanations of having chosen the ‘easiest’ way of doing things. Academia thrives on complexity and to do away with it is often perceived as laziness. However, when working in interactive forms, there are already so many potential complications, placing limits in the way Battey describes is entirely necessary.

Gary Green of Surrey Libraries  introduced game jams in general, and the one he organised, Odyssey Jam, in particular. This was my first ever solo game jam – I found the theme and time-frame helped focus my mind and the result was something I never would have made if left to my own devices. These were precisely some of the benefits of game jams Green highlighted in his talk.

Edwards spoke about International Games in Libraries Day, which is poised to be a whole week this year. The final report (in the link above) makes for interesting reading, particularly some of the barriers to including videogames in libraries put forward by library staff. Management fearing bad publicity was particularly sad to see, and goes to show there’s still a lot of work to be done to convince those who see games as a negative mode of entertainment rather than the wonderfully varied artform they actually are.

Christie Golden offered a different perspective to many of the other speakers, in that she was a novellist inspired by games, rather than a developer inspired by books. However, Golden noted the cyclical, inter-related nature of the two art forms, with World of Warcraft feeding into her novel, Arthas, and the events of her novel feeding back into the game world. She also described the complex nature of her relationship with the game and its lore as a player, reader and writer, and how these roles blurred and informed one another.

I played 80 Days shortly after it came out, and was both inspired and comforted by it. Here was a game that used a technique I always suspected was the only way to guarantee good narrative in games – write way more than a single player could ever be expected to see. Not long after that, I read an article (which of course, I now can’t find) in which it was suggested that 80 Days used various clever code tricks to make it seem more expansive than it was. This filled me with fear, because I was already some way into my own project, and had no clever code tricks of my own. However, Jayanth and Ingold set my mind at rest with the incredible information that 80 Days is some 750,000 words long, and in any given playthrough, players will see maybe 3% of that. It was here that Jayanth also made a point that ties into my previous observation regarding Midsummer – if you’re going to undertake this kind of work, you must be prepared for the fact that your readers will not read every word you’ve written (much less appreciate any technical marvels you’ve created – my addition!). Ingold suggested that, in modular storytelling, a consistent tone is far more important than complete narrative coherence, as this will encourage reader-players to see the piece as unified anyway. (Another valuable nugget to squirrel away for my own work!) The pair overran their timeslot considerably, but no-one minded, as both were so engaging and insightful. A closing annecdote about a purposeful lie that became an accidental truth was a joy, and when the audio version of the talk is available via the Digital Scholarship website, well worth listening to.

Guy Gadney of To Play For, creators of The Suspect and the forthcoming The Kraken Wakes introduced an area of interactive fiction I’m fairly unfamiliar with, but which has huge potential – the use of AI bots to create free-flowing conversations between player and character. It got me thinking about the applications this might have for VR, where typical storytelling can be difficult, but an AI bot might offer a convincing alternative.

I was particularly amused by Gadney’s comments imagining a world where books were treated in the manner videogames are now, because of course, my research suggests that world already exists – it’s this world in the mid eighteen hundreds. When Thomas Arnold suggested Victorian serial fiction was much more harmful and addictive than previous forms of fiction, because ‘not being published periodically, [they] did not occupy the mind for so long a time, nor keep alive so constant an expectation; nor, by this dwelling upon the mind, and distilling themselves into it, as it were drop by drop, did they possess it so largely’¹, he put forward many of the same arguments videogames’ detractors use today.

Jeremy Hogan of The Secret Games Company presented Kim, a top-down take on Rudyard Kipling’s novel of the same name. Hogan described the process of extracting the dialogue from the novel to give voice to the game’s characters, and breaking up the rest of the text to pepper throughout the game on loading screens and flavour text to ensure close adherence to the source material. The mechanics of the game were also drawn from the nature of the text – this is something several of the speakers brought up over the course of the day – how certain elements of the texts lend themselves well to particular gameplay mechanics or character perspectives.

Tracey Fullerton of USC’s Game Innovation Lab described a similar experience to Hogan, although with very different source material and end results. Walden, a game (above) draws on Henry David Thoreau’s 1854 book Walden , a reflective memoir on ‘surviving’ a year in North American woodland. Fullerton pointed out how the book’s survival motifs naturally suggested the gameplay mechanics, while the meditative tone influenced the tone of the game.

The day closed with Jakub Szamalek, lead writer on CD Projekt Red‘s Witcher series. Skyping in due to ill health, Szamalek nevertheless provided a comprehensive yet concise insight into the process of adapting Andrezj Sapkowski’s epic fantasy series into a triple A game. While I’m not sure I agreed with all his arguments (he suggested readers more readily accept confusion than players, which I’d be inclined to dispute) it was fascinating to see someone who had undertaken such a gargantuan task and emerged the other side with few regrets. The difficulty around retaining Geralt’s personality while also allowing the player to develop a ‘shared identity’ with the character was particularly interesting.

All in all, a highly inspiring and stimulating day that I hope will not only be the first of many, but will also encourage other libraries and literary organisations to embrace games and their relationship with books in the same manner.